I am a huge fan of The Great British Bake Off and as far as I am concerned Mary Berry is a living legend. My first ever cake book given to me as a teenager was one of Mary's which I still have and is used regularly. And as for Paul Hollywood, a man that can bake can do no wrong in my eyes.

So when I found out that Queen of Cakes Mary Berry and Master Baker Paul Hollywood were going to be appearing at the BBC Good Food Show in Glasgow I knew I that I had to get there. I persuaded my mum to come along with me and luckily I managed to get the day off work.

We arrived just after 10am and after spending several hours sampling all of the various delicacies on offer we made our way to the Super Theatre where The Great British Bake Off was giving a masterclass.

Mary and Paul were on good form with Paul joking that Mary (affectionately known as Bezza) is an expert darts player and can be regularly found at her local pub playing a game.
Mary gave a demonstration on how to make a simplified version of a Frasier whilst Paul made a batch of iced fingers filled with cream and jam. There was even a surprise guest of James from series 3.

There were also separate demonstrations from Paul and Mary at the Love Food Hate Waste stage. Paul wowed everyone with his 8 plait loaf which I wont be trying at home. Mary made a delicious looking fish pie and a festive bread and butter pudding. 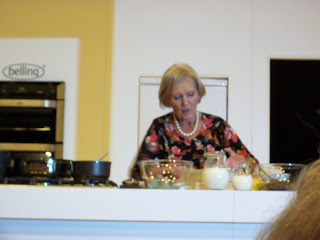 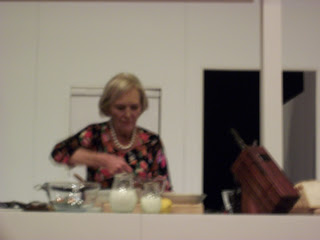 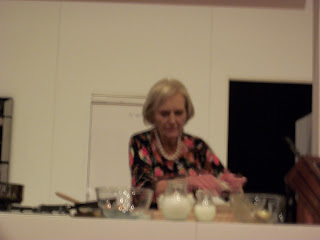 The day wouldn't have been complete without seeing Mary and Paul at the book signing. The queue for the first signing was too long however I was prepared for the next session arriving an hour and 15 minutes early securing a spot near the start. I patiently waited my turn and the highlight of my day was speaking to Mary. 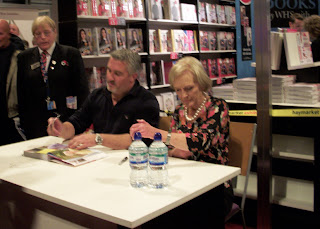 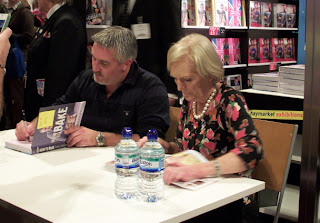 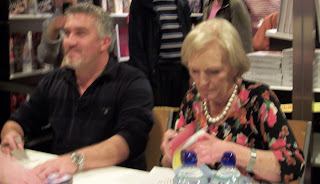 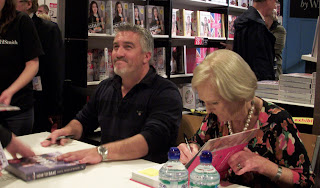